A Kickabout with Gary Lineker 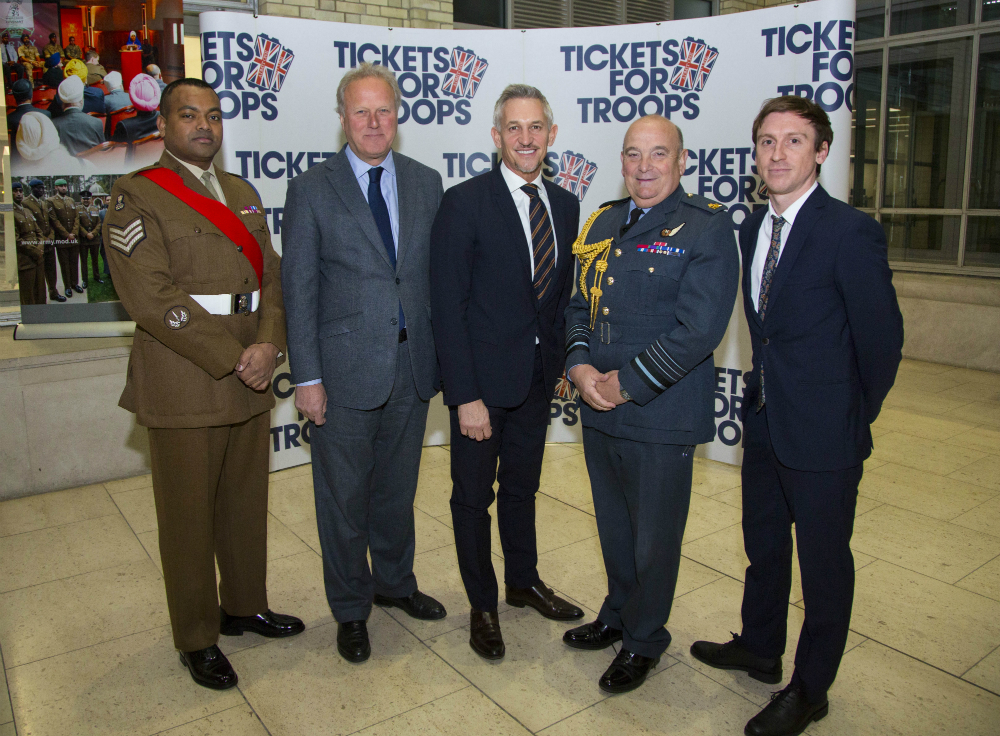 Gary Lineker OBE, retired English international football striker and  a household name in sports broadcasting, has been an avid supporter of Tickets For Troops from the very beginning. In fact what many don’t realise is that Gary was instrumental in creating Tickets For Troops back in 2009 when the Armed Forces Covenant was launched. He also dedicated his own time to ensure that Tickets For Troops has become well-known across the country, participating in many media interviews to reinforce the importance of the charity to our Armed Forces. He has helped earn the nation’s support and many ticket donations with the message that Tickets For Troops “is a terrific idea and it's important that we show respect for what the [troops] are doing out there and the sacrifice they have made.” Thanks to Gary, many organisations from the sporting and entertainment industry have become long-standing supporters and donors to Tickets For Troops.

Gary has always been a strong advocate for the recognition of our Armed Forces. He went out to Afghanistan in October 2009 to visit troops, saying “an important aspect for any person in the services is that they feel appreciated… this is a small way to go to show them we really do care and respect their sacrifice for our country”. In 2015, he met with patients at DMRC Headley Court, listening to their personal stories as well as providing a morale boost recounting his memories of his football career. Staff expressed that “his visit gave our patients a real morale boost”, yet when asked Gary only spoke about how “remarkable” the staff and patients had been.

Frequently attending and supporting Tickets For Troops’ events, such as our launch event at the O2 arena and our Millionth Ticket celebration, Gary has backed our cause in so many ways. And so, this new event ‘A Kickabout With Gary Lineker’, in partnership with military charity and media organisation BFBS, is simply a continuation of his dedication to the charity. When asked what he is most looking forward to about the event, Gary told BFBS that, although he has no idea what questions he will get asked, he isn’t worried; 'I don’t want to know [the questions] beforehand. I’ve been asked all sorts of strange and wonderful things over the years and there's usually one or two that take the mickey a little bit no doubt but that’s ok - I might take it back.”

He added: “I’ll give my honest answers to all of them, it should be a lot of fun.”

We hope you'll join us and Gary on September 24th! Tickets available here.